Alles was wir haben (All That We Have)


The film scenes in "Alles was wir haben" are a chain of slow 360° moves filmed in an ordinary small town of northern Germany, a town, so we hear the representative of the Homeland Museum say, that has a long history, a long history of fires that have been destroying the place over and over again. The museum, according to him, is a place dedicated to the identity of the historical roots, without which the inhabitants would have no true existence. The Homeland Museum was rebuilt several times after being destroyed by fire.
But each time, the possibility to create an authentic representation of a coherent history seems to move away further and further. While we realize this, the sounds we hear in the narrow slice of the surrounding cut out by the moving frame appear strange and isolated. They originate from small pieces of text, describing algorithms that approach, to a variable degree, what we imagine as the authentic sounds of factual material presence. 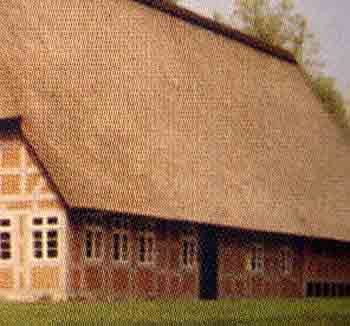